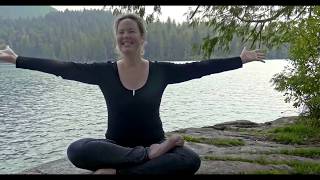 Being my own boss & being your freelancer

With summer drawing to a close now (and what a mighty fine summer it has been) everyone has got the "back to school" vibe. Now that my daughter is settling happily into a nursery, I can forsee a lot more time for me, for you and for free-lance projects.

"Free-lance" being the very key word here in my professional life, followed by "part-time work".

When I am not doing those things, I am a coach, a yogi and a writer (juggling the demands of motherhood and the many skills required for that job.)

After over a decade of working in film, media, arts and events (whilst simultaneously flying back and forth from Germany to act on a tv show "part-time"); I moved into the wellbeing sector by training and qualifying as a yoga/meditation teacher and life coach. These trainings/qualifications were followed by a decade of further study in the realms of energy work, alternative healing and personal empowerment; in order to develop my unique tool-kit to best do what I do for me and for you.

Now with a back to school mentality, I intend to set aside a few hours each day to WRITE, with a view to publishing my first book. This is something I have quietly and snailishly been working on since my daughter was born and I'd really love to secure a publishing deal.

This intention also involves attending a weekly creative writing course I have just signed up for (being led by a cool publisher/editor). Six years ago in London, I took part in Creative Writing courses with Nichola Charalambou (Founder of Creative Writes) and it helped to unblock and inspire, as I crafted a rushed screenplay for my Writing/Directing Guerilla Feature Film debut.

I am also doing a course in Mindfulness Based Cognitive Therapy (MBCT) for my own personal development and as ongoing skillset training to support the empowerment work I do.

I am setting aside a 1 hour session/day for coaching/consultancy/empowerhour sessions via skype and whatsapp.

My daily sessions are nearly fully booked with existing/ongoing clients worldwide though there are still some windows of availability. If you feel you could benefit from working with me in a supportive or advisory capacity to take your career and lifestyle design to the next level; then book in or drop me an email enquiry.

Ideally, I will be offering more Sage & Strong wellbeing and creativity retreats in 2019 (Bali, British Columbia, California, France.) Much of my "free-time" is filled with researching locations and putting together the pieces of the puzzles in order to introduce dream teams offering truly empowering experiences.

This was a logical progression, in response to my own transformative holistic retreat adventures over the years and to people constantly writing to ask me for advice on where to go on retreat.

Due to the road accident I had a few years ago, my personal physical yoga practise went completely out of the window. This was followed by a tough year of physical and mental recovery, finding myself as a beginner again hiding at the back of the classroom; rather than being the expert teaching at the front of the room.

I really missed the advanced Ashtanga yoga I had learnt from Danny Paradise, which had been my daily personal practise and I found it very hard feeling completely out of balance and having to start again from scratch.

I still had the knowledge and experience of a teacher but my body was not doing what I expected it to do so I was forced to slow down. I focused more on meditation and the power of visualisation in healing and recovery.

I eventually returned to yoga after meeting Dr. Beatrice Giampaoli and Dr. Fabio Gori who both helped bring me back into alignment and to the healing powers of slow mindful yoga.

I eventually focused again on my work as a coach (which I was able to do flexibly from any location) and on editing/publishing the stories people were sending me about their own traumas and healing, in Lightening Magazine. I have since written a few articles about this experience and my own healing processes.

Challenging as it has been these past few years, it felt right to prioritise healing and motherhood as am fully aware of the preciousness in each moment and constantly reminded by people of how it all flies by; never to be repeated.

I do sometimes miss my glory days of jetting about to attend international art and film festivals, but I do not miss that neurotic, insomniac, workaholic version of myself.

My life feels much more balanced these days, with a prevailing sense of exhausted calm and happiness.

I am however now feeling called to put myself (and my CV) out there for free-lance or short term jobs in creative development and promotions. If you are reading this and you have a project that might require my input, experience and expertise for an extended period beyond the empowerhours I offer via skype and whatsapp; please feel free to get in touch and make an offer.

I have a very long and varied professional CV and an even longer and more varied holistic CV.

I'll post them both up here and see what comes of it. Thank you for reading and look forward to hearing from you.

Greeting and co-ordinating transportation logistics for Judges and VIP’s throughout the Olympic Games.

Talent Minder for MTV events and on filming locations

Shamanic Journeying for Guidance and Healing with Sandra Ingerman

"Live With Power" with Anita Kozlowski

"﻿Transforming Shadows" and "What about You?" workshops with Jamie Catto 2013

The Path of Love with Rafia and Turiya 2012

Thank you to all of my teachers!